Learn as much as you can about plants, I always say to myself. Until now, I was mostly concerned on safe to eat plants, thinking about how knowing every good plant out there is crucial for surviving in the wilderness

Well, knowing about poisonous or unsafe plants is just as important (or maybe even a little more). Some of these pose serious risks of injury, illness and even death to humans or animals. So it is only to our benefit to learn about them – how to identify these plants and test them for edibility. And not just that, you should also be aware of plants that can poison you just through touch or smell.

So far I’ve come up with the list of plants below and I’d really appreciate all your suggestions of other plants to watch out for – especially those not that common, the ones you wouldn’t think of as dangerous. These are not all plants you find only in the wild, some of them may be in your own yard or even in your house.

Beautiful purple flowers looking like the head covering of monks, used in the past to kill people and wolves (the Nazis made poison bullets with it, do I need to say more?). Consuming the plant will disable your nerves, lower your blood pressure and stop the heart. Not to mention the vomiting, numbness or diarrhea. There is a variety of azalea bushes (rhododendron or rosebay) that may look amazing in the yard during springtime, but their leaves and flower nectar are extremely toxic. Clinical signs of poisoning include hyper-salivation, mouth burn, vomiting, weakness, and headaches. The ingestion of only a few leaves can cause a cardiovascular collapse and death. In the Guiness Book of World Record, the 2007 edition, the castor bean is entitled the most poisonous plant in the world. The seeds contain ricin, which is deadly if you eat 4 to 8 of them. Poisoning with castor bean seeds has symptoms such as abdominal pain, purging diarrhea, severe dehydration, nausea, muscle aches. I’m talking about both white and yellow daffodils, also known as narcissus or jonquils. If you eat their bulbs (which some confuse for onions), you will experience bad cramps, vomiting and diarrhea (severe if ingested by a child). Well, it’s already in the name… All parts of this plant, also known as belladonna, contain toxins which can severely affect the nervous system if eaten – you will experience blurred vision, loss of balance, headaches, tachycardia, and confusion. It is one of the most poisonous plants in the Western hemisphere. One of the deadliest trees on the planet. Every part of it is very poisonous (it’s own latin name, taxus baccata, means toxin). It causes paralysis, convulsions, muscle tremors if ingested and it can be dangerous to even sit around the tree on hot days when it releases gaseous toxins. You surely know at least one of the 800 species of ficuses that most of the people cultivate indoors in pots, but did you know the milky sap in their leaves is poisonous? It causes skin allergies and inflammation. The entire plant is very poisonous and even small amounts ingested can cause pain, vomiting and confusion. It is very similar to poison hemlock (they look almost the same, only poison hemlock (which is also potentially fatal) smells like carrots and fool’s parsley does not). Eating the seeds, stems, flowers or leaves of this 3 foot tall plant (which is also used for the treatment of heart conditions) will cause you a blurred vision, pain in the mouth, cramps, disorientation, hives. These problems also occur in the case of taking more than the recommended amount of medicine made from foxglove extract. You may know it also as Hortensia or Hills of snow because of its resembling to some large flower pom-poms. All parts of the plant contain cyanogenic glycosides and it is moderately toxic if ingested. Symptomes include itches, stomach ache, vomiting and sweating. This weed found along roadsides, in waste areas and cornfields has been known for ages to be a potentially fatal toxin, used by famous people like Cleopatra for its mind-altering properties. If you eat it (and even if you inhale the unpleasant odor it emits) you will experience a racing heartbeat, dilated pupils, aggressive behavior, dry skin and dry mouth, and delirium with hallucinations. You can find this tree throughout the Florida Everglades, the Carribean and Central America and in some parts the Manchineel has a sign indicating it’s poisonous. Very, very poisonous! Not even your car is safe near this tree – park it under its branches and the dripping toxic sap in its leaves will seriously damage the paint. Actually every part of the tree contains strong toxins, so you can’t touch it or eat it. Side effects are really bad and include rashes, itches, bacterial super-infection, severe gastroenteritis, and even blindness – if you burn the tree and the smoke reaches your eyes. Also called the American mandrake, the May apple has toxic roots, leaves and fruits. They contain a non-alkaloid toxin called podophyllotoxin which causes severe indigestion, diarrhea and other signs referable to gastroenteritis. Some suggest to still eat it, but only when it’s ripe. I recommend you avoid it completely There have been reported children deaths in Pennsylvania caused by moonseed poisoning. Its fruits are extremely toxic and are fatal in larger doses or if you are not treated immediately. Ingesting moonseed causes convulsions and straightway death. This plant contains a toxin called Cardenolide Glycoside, making every part of it toxic. Even burning oleander and inhaling the smoke could be poisonous, causing a change in your heart rate, nausea, abdominal pain. I strongly advise you not to use its branches as firewood. These red plants must be handled with care as touching its leaves or seeds can cause rashes, eye irritations, allergic reactions. If ingested, Poinsetia  causes stomach aches and vomiting. The plant contains compounds that cause dermatitis and other skin reactions when you touch it. It is toxic especially to horses and cattle if eaten. It is poisonous to humans, as well, but you most likely won’t use it as food because it has a foul taste, but be careful not to accidentally use it to make tea – it will hurt your intestines and liver. The seeds are highly toxic! Death follows shortly if you chew and swallow even a single seed. Abrin, the chemical which rosary pea contains, is regarded as one of the most deadly toxins known on earth. Not as toxic as other plants in this list, but still to watch out for. The leaves and flowers are poisonous and if you eat them you get skin and gastric irritations. These beautiful climbing vines grow mainly in the South and Southwest and are entirely toxic, causing cramps, nausea and vomiting if ingested. 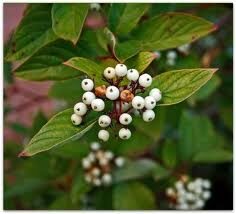 The berries of this plant are highly toxic – more than 6 ingested can cause death because of their sedative effect on the cardiac muscle which produces cardiac arrest.

Don’t eat these plants, make tea or even use them for fire… even if you feel it’s a drastic time calling for drastic measures. Some may recommend that in the case of plants not entirely toxic you can eat the good parts, but I say avoid eating poisonous plants altogether. You may never know what effects it may have on your body and mind…